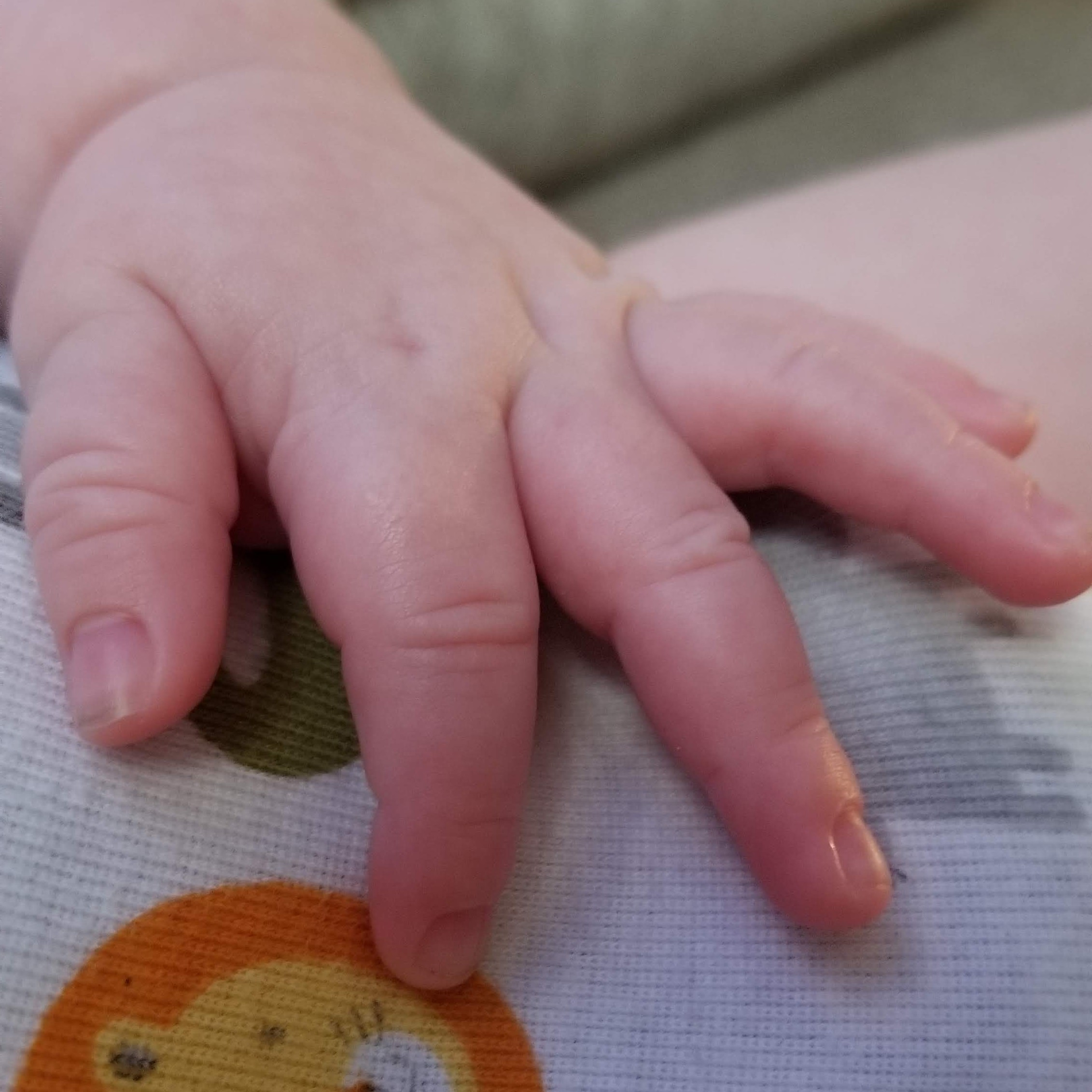 One of the hardest things to do is to cut a baby’s fingernails. It’s a nerve wrecking time, and as a new mom I was not looking forward to it. One of my Labor & Delivery Nurses gave me the best advice ever – don’t use clippers, just chew the nails off.

Did that just make you squirm a little? My first reaction was Ewwww too. But then it wasn’t a day later and my lil guy was scratching his face with the tiny razor blade-like fingernails. I had to do something and I knew that I was not up to the task of trying out the clippers for the first time. So I did it. I chewed the nails off one by one while he was asleep. This has now become a weekly (sometimes more than once a week actually) task that I do when he’s snoozing.

How do you chew it? I bite down on the nail tip a little at a time, it kind of perforates it. Then I bite on the one edge and slowly “rip” the nail off. It does take some practice, but overall it’s 1000000000 times easier and safer than me getting those tiny baby nail clippers out.

Scroll back to top