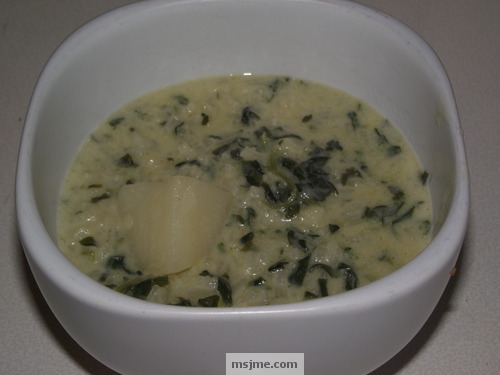 I don’t like spinach. I do like my Spinach and Potato Cream Soup though.  The spinach taste is subtle, so don’t let that detour you. I like to think the spinach also cancels out the unhealthiness of the recipe. Of course, that isn’t true, but it is a nice thought. This recipe was originally one of my aunt’s and over the last dozen or so years I have made it my own.  It is really easy to adapt it to make it work for you.

*The soup thickens as it cools. *I have made this with the Instant Pot a few times.  It's the same step by step and for 20 minutes high pressure, natural release.  The soup is still great--but very thick. *Carrots, celery and cooked sausage are possible add ins.